A Closer Look At The Mini Husky 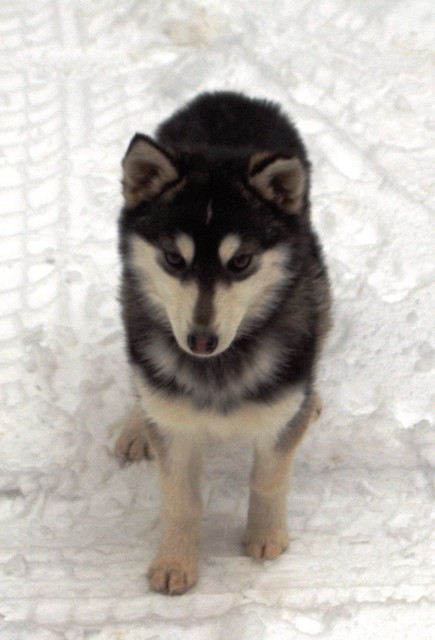 The Mini Husky has emerged on the scene in recent years as a smaller companion sized version of the Siberian husky. The Mini Husky has been well received by dog owners as a more feasible alternative to their standard sized counterparts. However the debut of this diminutive little dog has not been without controversy.

The biggest topic of discussion surrounding the Mini Husky is their very existence. Some people believe that there is no such thing as a Mini Husky and that a smaller sized Siberian Husky shouldn’t be classified on its own as a Mini Husky.

My research has determined that a Mini Husky is not a new and separate breed. They are instead a smaller version of its standard sized counterpart the Siberian husky. Temperament, health, and looks all remain the same while only the weight and height is different. Some Mini Husky enthusiasts state that by decreasing the size of the Siberian Husky, the dog’s lifespan is increased and incidents of hip dysplasia decreases. This could make the Mini Husky a more suitable companion for families living in smaller quarters or families that must abide by weight limits enforced by homeowners or condo associations.

Mini Husky owners that have owned the standard sized dogs previously have found that with the decreased size of the dogs they have less problems with separation anxiety simply due to the fact that the dog is more easily transported and remains with the family instead of staying at home. Mini Husky owners have also noticed that since the dogs are shorter they are not able to scale their fences and there have been less issues with dogs escaping. Like all huskies the Mini Husky does possess the affinity for running but would probably not be suitable for pulling sleds.

Due to the lovely temperament of Siberian Huskies, they are usually easily rehomed if an owner is no longer able to care for the dog. Most Mini Husky breeders will accept a dog that they’ve bred back into their homes at any point in their lives. The group maintains a huge waiting list of individuals who desire an adult dog rather than a puppy.

The Mini Husky was originally developed by Bree Normandin in the late 1990s. The dogs weren’t made publicly available until December of 2004 when for the very first time a puppy was placed with a new owner via the internet.

The Mini Husky is still very rare with only a handful of authorized breeders involved with the dog’s continued development. Breeders are reporting having to utilize a waiting list because the demand for the dogs exceeds the current supply.